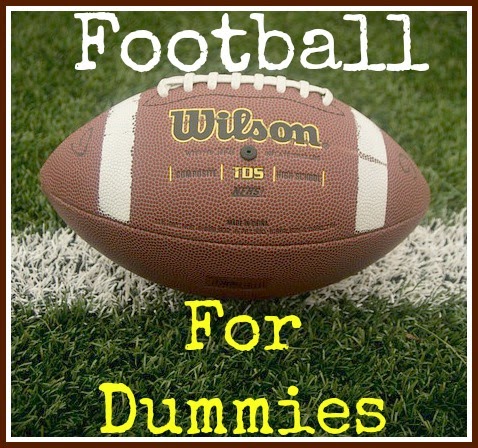 So. You do not even somewhat understand football. Let me help you my friend! Below is a breakdown of some football basics, so you can at the very least sound like you have an idea about what's going on this football season.

Let's take a moment to appreciate the greatness that is Gronk.


(You don't really need to understand the positions, but you'll sound dumb if you mix them up).

Kickoff- This happens in the beginning (and when the ball switches teams). The defensive team kicks the ball down the field, to determine the offensive teams field position. The offensive team will catch the ball, and start running. Wherever they get tackled/go down, is where they are going to start their first play.

Field Position- Where on the field the Offensive Team has the ball. Ex// 20 yard line, 50 yard line, etc.

Play- This is when they're all lined up, you hear the "hut hut hike" (not really but you know what I'm talking about) and they give the ball to the Quarterback. The Quarterback then will try to get the ball to someone downfield, to get a first down.

First Down- This is what confused me all those years. First Down happens when the Offensive team gets the ball at least 10 yards from their last field position (moving towards the end zone). You have 4 chances to get a First Down aka 4 chances to go ten yards.

End zone- This is the very end of each side of the field where players get Touchdowns.

Touchdown- The offensive team successfully got the ball down the field, and into the end zone. They get 6 points for this, and have an opportunity to get 1 or 2 more points.

Field Goal- A Field Goal is when the offensive team kicks the ball from anywhere on the field. Usually the team will kick a field goal when they're inside 45 yard line.. We tend to see these if the offensive team can't get a first down. So let's say it's "Fourth and 8" (which means it's their last chance and they need to go 8 yards to keep the ball), the team will usually bring their kicker out and have him try and kick a field goal. These bad boys get the team 3 points.

Run- The Quarterback can choose to run with the ball when he gets it (not usual), or pass the ball off to a running back who will try to run down the field with the ball.

Pass- The Quarterback can also choose (and usually does) to pass (throw) the ball to someone open downfield.

Penalty- Usually what a team gets if you see a yellow flag thrown. It just means someone did something wrong/they weren't supposed to do. Usually a penalty will be pushing the offense back 5 yards (so now they have to go 15 yards to get a down instead of 10).

While you're watching the game, this is really all you need to know. You'll hear a lot of yelling about fumbles, interceptions, and cheeky refs. Knowing the basics should get you through, without looking like a band-wagoner who's only in it for the chips and dip. Good luck, and Go Patriots! 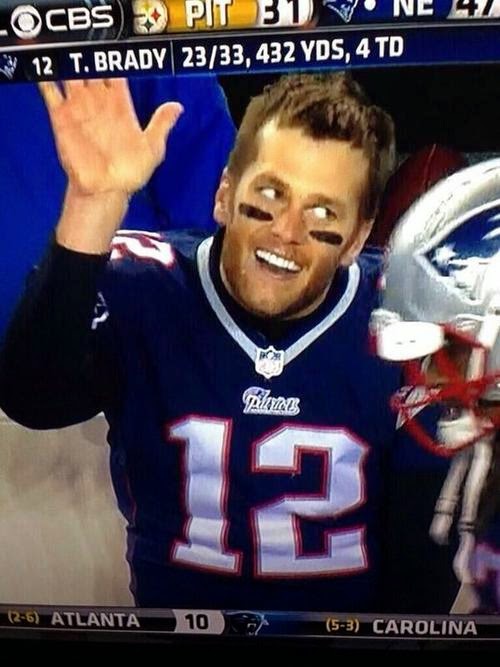